Obituary for Bruce B. Cole 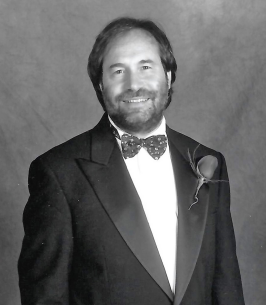 Bruce Bernard Cole was born on September 5, 1947, at Lying-In Hospital on Chicago’s south side to Rose Marie and Mace Cole. His family lived in South Shore before moving north and settling in Glencoe. He was raised in a multi-generational home and had close relationships with his grandparents on both sides.
Bruce’s family stressed the importance of education and instilled in him a love of learning. His family was a member of North Shore Congregation Israel where Bruce was confirmed. A graduate of New Trier High School, Bruce attended the University of Arizona and received his BS in Archeology with a minor in Greek Literature. There, he was a ZBT and served as president of the Alpha Omicron chapter. After serving in the Army Reserves, he earned his JD at DePaul University College of Law in Chicago.
In his early days as an attorney, Bruce worked for Goldstein, Goldberg & Fishman in worker’s comp law and in 1978, he successfully argued a case in front of the Supreme Court of Illinois. Just a few years later, he opened his solo practice where he remained a family law litigator for the next 41 years. He loved the arena of family law and found immense gratification in advocating for his clients. For over 30 years, Bruce worked with his long-time legal secretary, Joanne, who remained a trusted friend as did many of his clients.
Bruce’s other love was sports. A lifelong White Sox and Bears fan, Bruce reveled in the promise of a new season each year with childlike optimism. The 1985 Bears and the 2005 White Sox winning seasons brought him pure joy. A spectator to professional sports, Bruce was the “Commissioner” of the touch football team that he played with every Sunday morning from August – March at Skokie Playfield in Winnetka. This group of friends began playing together in the late 70’s and continued until the mid-2000’s when the baton was passed to the younger generation. They played regardless of the weather and enjoyed the Turkey Bowl on Thanksgiving and the Champagne Bowl on New Year’s Day. Seul’s (now Stormy’s) in Northfield was their version of “Cheers” where, after games, they cheered on the Bears and iced knees.
Bruce was also a runner and cyclist. He completed marathons in NYC and Chicago and the RAGBRAI bike ride across Iowa. His love of Hemmingway brought him to Pamplona, Spain where he ran with the bulls in the Festival of San Fermin. It was one of his happiest memories where he made lifelong friends.
In 1987, Bruce published a children’s book, “The Pumpkinville Mystery”. He was a wordsmith and enjoyed penning poems and prose. A story he wrote was published after a chance meeting with a book editor on the Metra train. He took great pride in it and enjoyed seeing it in bookstores each Halloween season.
Bruce married Barbara Wells in 1977. They spent 13 years together and remained friends throughout his life. He married Rhonda Weatherl in 1997 and they were married for 25 years until his death. Barbara and Rhonda formed an unexpected friendship as they joined forces to take care of Bruce in his final months of life.
His only son, Wyatt Mace, was born in 1999 and was the light of Bruce’s life. He relished the role of father and was hands-on in Wyatt’s care. Wyatt meant everything to him, and Bruce participated fully in his life, never missing a 3 am feeding, a parent-teacher conference, school event or fencing match. Becoming a father influenced his work and he began working as a guardian ad litem, representing the interests of children in family law cases.
Bruce was a quiet, intellectually curious man who led a life of integrity. He had a dry wit that took many by surprise as he had a quip for every situation. Maintaining friendships was paramount to him and he was the first to call, make plans, remember a birthday, or pay a condolence call. He counted friends dating back to grade school and he was surrounded in his final weeks with visits and calls from loyal friends and family.
Bruce succumbed to heart failure, peacefully at home on October 14. He is preceded in death by his parents, Rose Marie and Mace Cole; aunts Jeanne Dale, Virginia Cohen, and Georgia Reilly and husband Don; uncles Bernard and Alfred Cohen; grandparents Helen and John Adler and Celia and Herman Cohen; father-in-law Huey Weatherl. He is survived by wife Rhonda Cole, son Wyatt Cole, sisters Leslie Cole and Lynn Williams; mother-in-law Mary Weatherl, sister-in-law Linda Jordan and husband Doug, cousins Judy Goldman and husband Elliott, Neil Reilly and wife Madiam, Doug Reilly; niece Haley Jordan and nephew Hunter Jordan.
Funeral service on Thursday, October 20 at 1 pm at the chapel at Memorial Park Cemetery, 9900 Gross Point Rd, Skokie. Shiva and visitation at the family home Thursday, October 20 and Friday, October 21 from 5 pm – 8 pm. In lieu of flowers and to honor Bruce's memory, donations may be made to the GameChangers Foundation. The foundation, created by his best friend, grants scholarships to athletes on Chicago's west side. https://www.gamechangers.film/grants