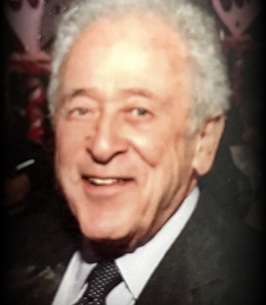 Howard Frank Walton, beloved husband of the late Margot Walton nee Strauss. Loving father of Mark (Juli) Walton and Deborah (Michael) Miller. Cherished Papa of Jessica (Seth) Friedman, Elissa (Jeremy) Cohn, Jorie (Griffin) Dwyer, Adam (Kristen) Walton, Jordan (Shannon) Miller and Allie Walton. Adored Papa of Dylan Friedman. Howard was 95, born in Worms, Germany in 1926. Forced into a Nazi Concentration Camp as a child, he and his family managed to get out, made their way to Cuba and eventually Chicago where they had relatives. He met the love of his life Margot, also a Holocaust survivor, on a blind date in New York City. They were married for 64 years and raised their family in Highland Park. After settling in Chicago, Howard entered service in the U.S. Army, and incredibly, went back to Germany to serve as a U.S. soldier; the same war he was previously imprisoned in. He spent most of his working years in the manufacturing business with his Uncle Kurt, and later upon retirement from that profession entered the travel industry as a trusted vacation planner and President of Travel Professionals. Whether in business or his personal life, there was always at least this attribute said about Howard; which was how universally and extremely well liked and loved he was. People, sometimes strangers to us, when notified that we were Howard's son or daughter, would comment on what an extraordinary man he is. He left a strong legacy that included not only his humor and fun spirit, but importantly the great love and connection he had with his children, grandchildren and great grandson. Graveside service Thursday, September 22 at 11:00 AM at Rosehill Cemetery, 5800 N Ravenswood Avenue, (Section W located in the southwest area of the cemetery) Chicago. Family and friends who will not attend the services can view the service live Thursday, September 22 at 11:00 AM CST or any time after at www.MitzvahFunerals.com . In lieu of flowers, remembrances to the United States Holocaust Museum would be appreciated. Arrangement by Mitzvah Memorial Funerals, 630-Mitzvah (630-648-9824).