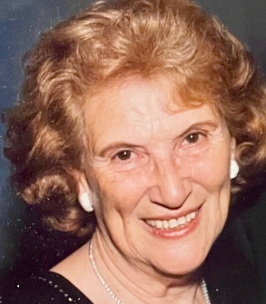 Tamar Weissberg was born July 5, 1932 in British Mandate Tel Aviv and for 70 years was the beloved wife and partner of Rabbi Victor H. Weissberg—rabbi emeritus of Temple Beth El—and matriarch of the Weissberg family.

Tamar was an officer in the Jerusalem Police force, an honor student at Mundelein College, a Distinguished Jewish Educator as principal of Beth El Religious School. She was a staunch supporter of political action for Israel. She was a life member of Hadassah and lover of the arts: painting, music, opera, and dance—especially Israeli. A superb cook and hostess, she made every Shabbat and holiday memorable through song, laughter, and spirituality, as well as familial devotion.